Who could we face in the Europa League?

The draw for the Europa League last-32 will be made on Monday – but who could we face?

We will be drawn against one of the four Champions League sides with the fewest group-stage points total, or a Europa League group runner-up, with the exception of the runner-up in Group H. 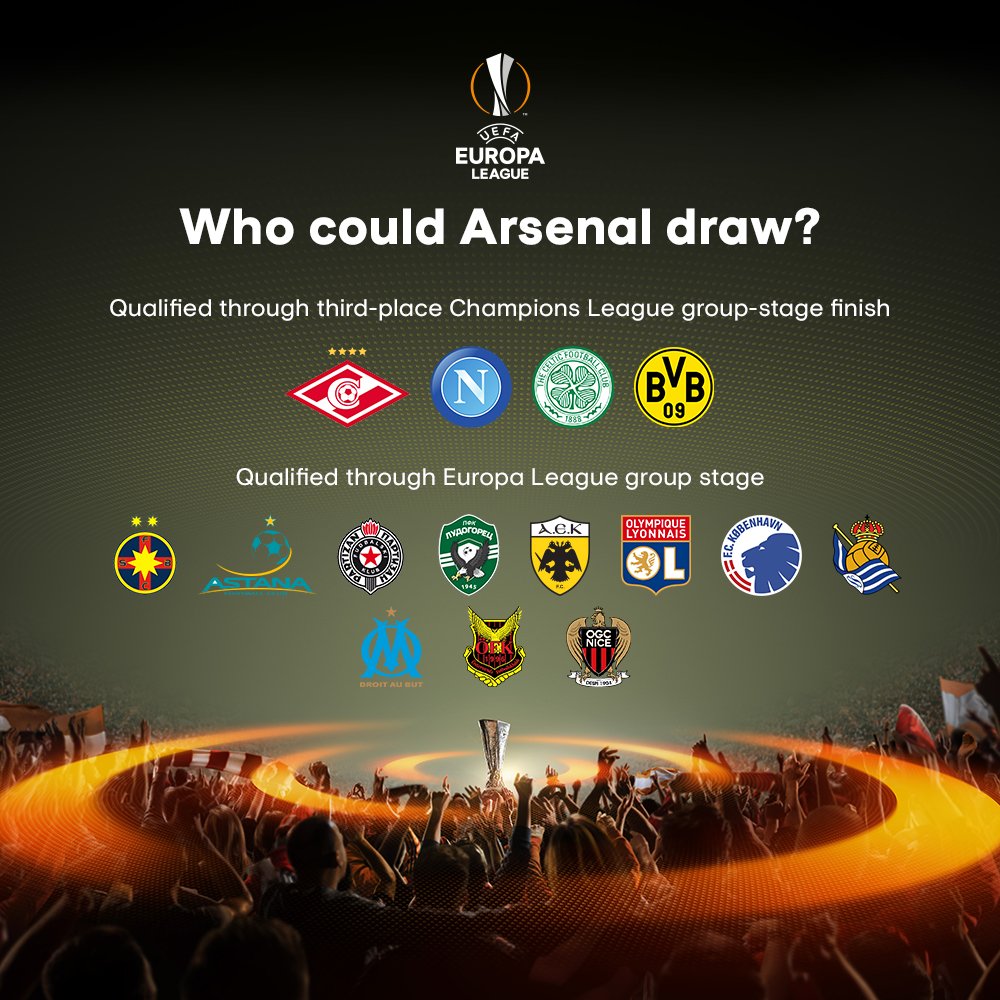 As a result of being seeded, we will play at home in the second leg of our last-32 fixture.

Please note, no team can play a club from their UEFA Europa League group or a side from the same national association.