There is no escaping that it has been a tough few days for everyone of an Arsenal persuasion. That last-gasp defeat at Watford on Saturday was galling enough, without some post-match comments adding further fuel to the fire.

Now Arsene Wenger’s squad have a chance to deliver their response on the pitch - but it will be far from straightforward at the Rajko Mitic Stadium in Belgrade.

Famed for its intimidating atmosphere, the home of Red Star Belgrade will be another testing ground for a young group that has so far acquitted itself very impressively in the Europa League. If they are able to add another win to those they have acquired against Cologne and BATE Borisov, they will take a giant leap towards securing their progression to the knockout stages.

It should be a fascinating clash, and you’re in the right place for a comprehensive pre-match briefing. We’ve got team news, quotes from Arsene Wenger, match facts, graphics and a chance to have your say. 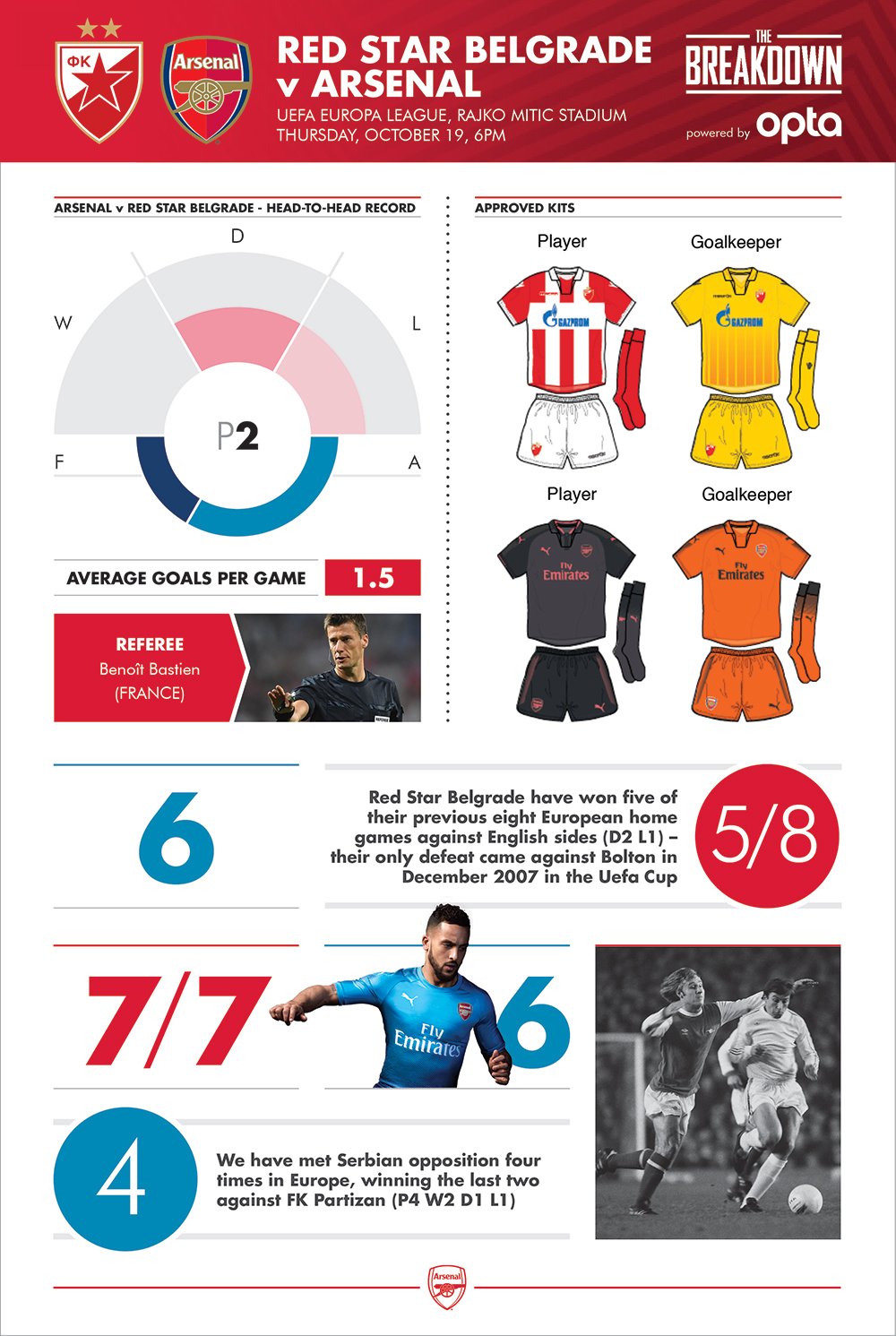 “He had a very good game at BATE Borisov. At the moment he looks back to a very good shape, I felt it took him some time to come back to his real level. He had lost his place at the end of last season – but since the start of this season he looks highly motivated and focused. I must say I am impressed with what he is doing and the way he’s coping with the situation and how motivated he is at the moment.”

“Attacking midfielder Guelor Kanga is a wonderful, diminutive box of tricks and is likely to offer the main attacking threat. The 5ft 6in Gabon international drives forward from midfield and is capable of direct dribbles, clever passes into attack, and long-range shots. Arsenal must stick tight to him.”

Focused on tomorrow. Let's get back to winning ways!! #COYG https://t.co/KRG44ZD6Jy

Wenger on the team’s progress in the Europa League…

“For us it’s a target. We are in the Europa League for the first time in 20 years so we discover a little bit the level. For us it’s a potential trophy to win and we want to do well in all competitions.

"In six days we play the Europa League, Premier League and League Cup, and we want to fight in every single competition. It’s one of the routes [back into next year’s Champions League], but it’s not the only one for us.”