Arsenal to face Bayern in Shanghai

We will play Bayern Munich in a pre-season friendly in Shanghai, China on Wednesday, July 19, 2017.

The match at the Shanghai Stadium will be part of the International Champions Cup, a multi-club pre-season group of matches in China. The match will be followed by a friendly against Chelsea on Saturday, July 22 in the Bird’s Nest Stadium, Beijing.

Arsenal chief executive Ivan Gazidis said: “It will be very special for our Chinese fans to see a game of this stature. We have a fantastic following in China and the two games we are playing there this summer will be an exciting part of our build up for the new season.”

Kick-off time and ticket details will be confirmed closer to the fixture. It is intended that supporters with official Arsenal China membership will have priority access to tickets and a series of exclusive events.

If you want to become a member please click here

The fixtures in China will follow our pre-season matches in Australia where we meet Sydney FC (July 13) and Western Sydney Wanderers (July 15). Some tickets are still available here - click here for details 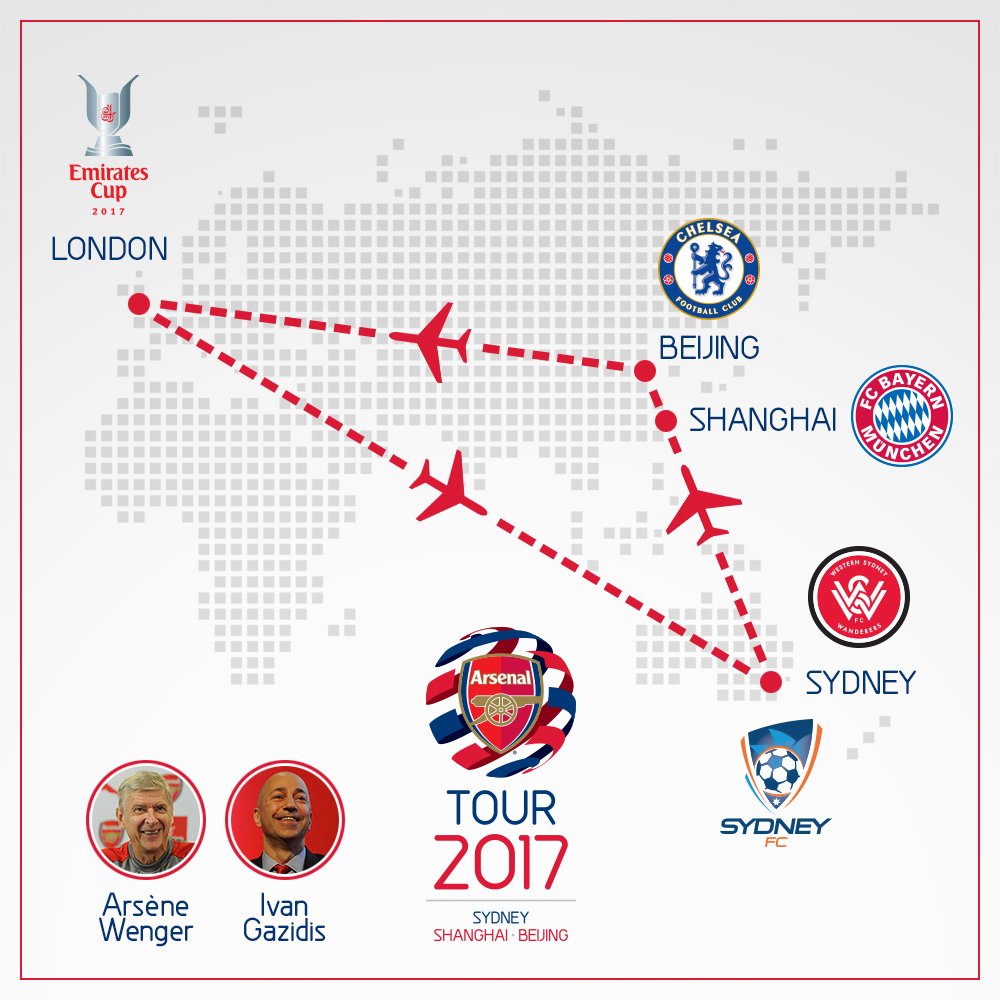