After a deflating few days, our confidence levels - to borrow Arsene Wenger's analogy - have "gone down in the lift". Now it is time to start climbing the stairs again as we look to breathe life back into our season.

It will not be easy at the Amex Stadium on Sunday. Our away form requires improvement, to put it mildly, and we are facing a Seagulls side that have four wins and two draws from their last six games in all competitions.

But we need to look at this weekend's match as an opportunity, a chance to prove a point about the character and desire in the squad. Three points on the south coast may not have much impact on our league position right now, but it would be a big step forward - especially with a trip to Milan on the near horizon.

Read on for our comprehensive pre-match briefing. We’ve got classic goals against Man City, team news, an exclusive chat with the manager, match facts, graphics and a chance to have your say. 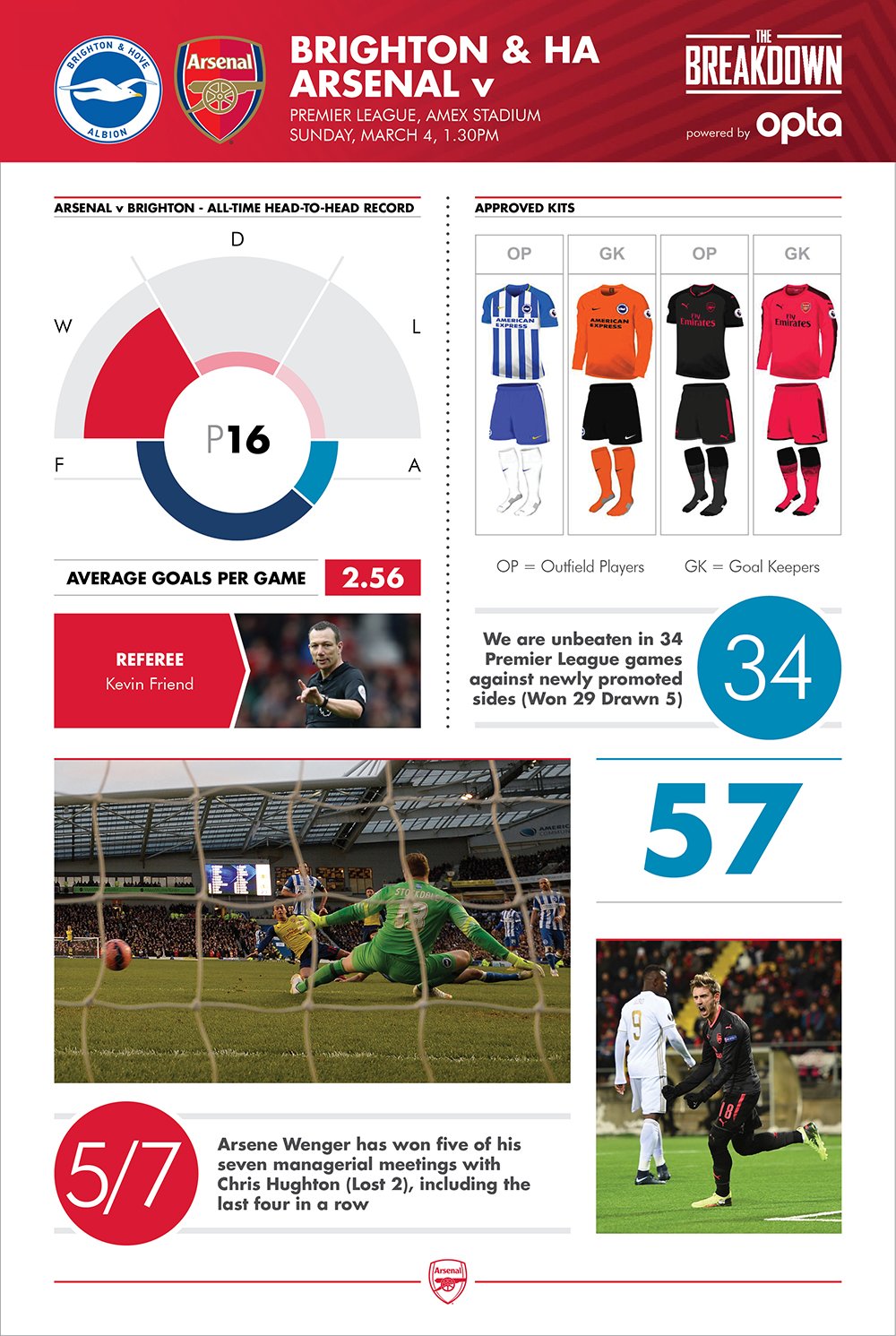 Wenger on how we rebuild confidence…

"First of all by analysing everything in an objective way.The game [against Man City] was not all negatives - there were a lot of positives in that game. The size of the score, it’s always tempting to think it was all rubbish, which was not the case. You have to take perspective, sit back, look at the whole picture and analyse really where we were poor and where we were strong, and insist on the strong points and get rid of the weak points that we have shown."

“Brighton are in good form: four wins and two away draws from their last six matches in league and cup. But their defensive organisation is the standout feature of their side - they get 10 men behind the ball very quickly to protect the backline, which is the primary reason why only the current top seven have conceded fewer goals."

Wenger on finishing the season strongly...

"[Our top-four hopes are small, very small. But the way we have to think about that is not too much how big they are - for our pride and for our confidence, for our future as a team, even in the Europa League, you want to win the games."