Arsenal Football Club has always understood the power it has to bring people together and make a difference in the community. 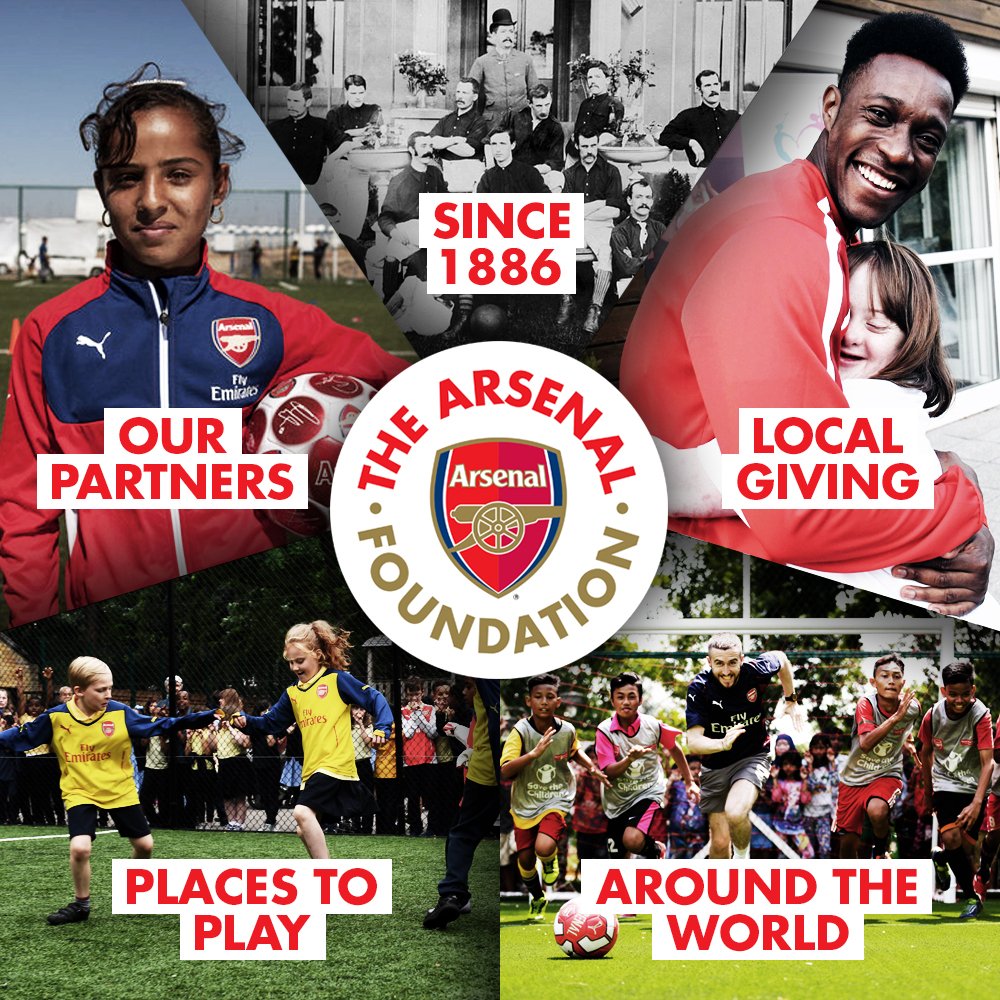 Back when the club was formed in 1886, matchday programme cards were sold to raise money for Homes for Working Boys at the club’s former home in Woolwich, south London.

When Arsenal arrived in Islington in 1913, one of the club’s first gestures was a gift of one thousand guineas to the Great Northern Hospital for the endowment of a new bed.

As the club has grown over the years, so has our ability to make a difference.

We became one of the first clubs in the country to set up a dedicated community teamin 1985, in response to social unrest in London at the time. Today, Arsenal in the Community works with over 5,000 individuals each week across a range of education, social inclusion and sport programmes.

Arsenal’s tradition of giving has also expanded over the years, from making contributions to good causes local to the club to supporting major charitable projects in the UK and overseas.

The Arsenal Foundation was launched in May 2012 as a grant giving organisation with the mission to help young people fulfil their potential.

Save the Children, the Willow Foundation and Islington Giving are all official partners of the Foundation, with a great number of other projects also benefitting from grants and support.

We are currently working with Save the Children to build football projects for children around the world who need a safe place to play and to be children again. Pitches have been built Iraq, in camps for displaced children fleeing war, in Indonesia, Somalia and Jordan.

This level of support can only be achieved with the support and generosity of The Arsenal family. Each year players, staff and supporters get involved in a range of activities to raise awareness and funds for the Foundation.

With this fantastic backing, The Arsenal Foundation continues to go from strength to strength.