In terms of timely results, winning 5-1 the week before you face your biggest rivals in a north London derby is right up there.

Both the victory, and the electric performances of Henrikh Mkhitaryan and Pierre-Emerick Aubameyang have helped transform the mood ahead of another pivotal clash against Mauricio Pochettino's side. For the stakes are always high against them, but even more so when the fight for a top-four place is as fierce as it is right now.

The fact that the game is at Wembley is another intriguing subplot, and while Tottenham have only lost once at the national stadium since August, we’ve not been beaten there since 2011. In that time, we have won three Emirates FA Cups and three Community Shields - and a derby win there on Saturday would be another priceless memory.

Read on for a comprehensive pre-match briefing. We’ve got classic derby goals, team news, an exclusive chat with the manager, match facts, graphics and a chance to have your say. 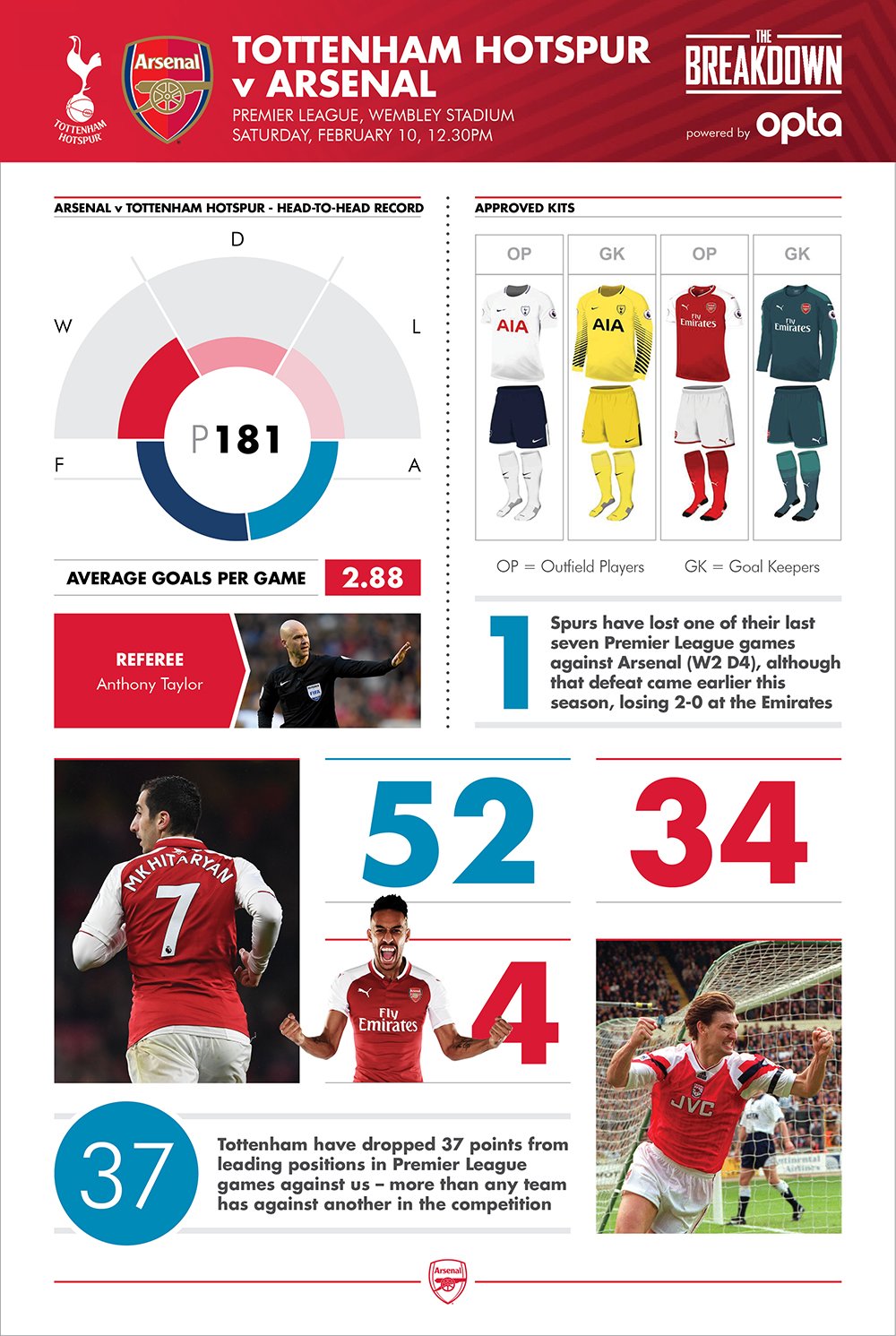 MICKI'S CASE FOR THE DEFENCE

Tactical expert Michael Cox:
“Spurs play their high defensive line excellently, closing down in midfield with the backline stepping up quickly to catch opponents offside, although against the speed of Pierre-Emerick Aubameyang, this could be a risky strategy. Davinson Sanchez has largely enjoyed a good first campaign since moving from Ajax, but has been guilty of some errors in recent weeks. Belgian centre-back Toby Alderweireld is back in the side after a long injury absence, but probably won't be up at full speed, so Aubameyang may want to make runs into that inside-left channel."

Wenger on harnessing the emotions of the derby…
“You want a good balance between being calm and cold-blooded and as well [to allow it to] boost your energy levels because your emotions can help you get to the level of motivation and energy that is vital. Once you're in the game, you want to use that energy in the most rational way, and be calm, intelligent, relaxed and analyse well - but determined. That’s why the top level is so difficult, if it is is only emotional, you go nowhere."

Arteta - We know we can do better at the back

'With small details a big game can change'