There’s nothing like a derby win to restore your faith and put a smile on your face.

The Europa League regulars and Saturday’s subs are in Germany, needing a point against Cologne to secure top spot in Group H and - in theory - a favourable draw in the last 32.

Arsene Wenger and Per Mertesacker - back at the scene of his first competitive appearance - faced the media shortly after touching down in Cologne.

You can watch their press conference right here and get the latest team news, match facts and more. 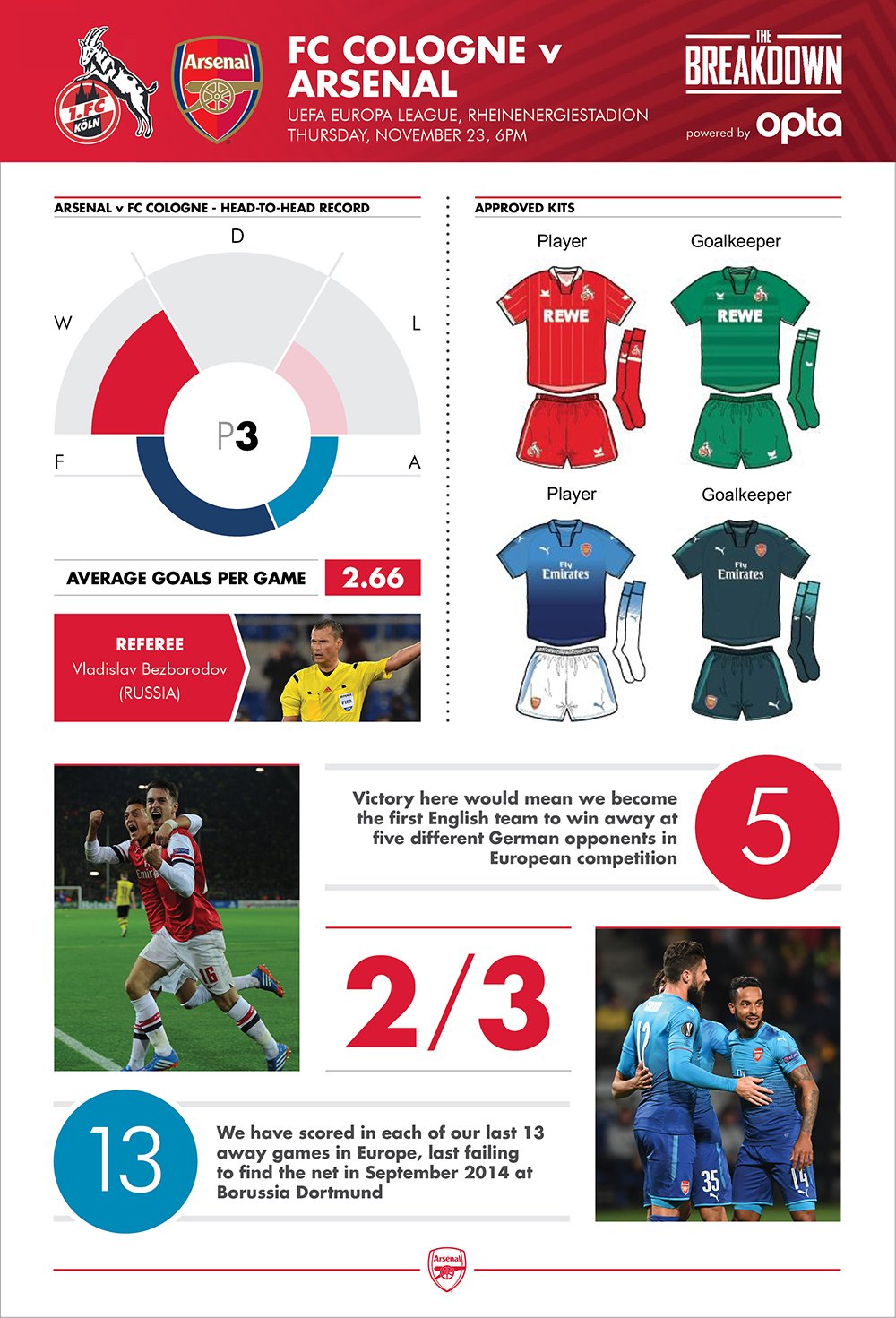 ‘I WAS SUBSTITUTED AT HALF-TIME’

Per Mertesacker is not just back in Germany, he’s back where he played his first competitive game - as a right back for Hannover in 2003. But it didn’t go so well.

“It is definitely special and I am looking forward to it because I played my first league game here against Cologne and was substituted after 45 minutes because it was so heated and intense,” recalled Per.

“They have got special songs in Cologne and I am looking forward to listening to them before the game. The whole atmosphere is heated and passionate and it’s one of those clubs where you can feel they are different.

“Especially after our first game… even when we warmed up there was that feeling that the opposition have got special fans. I hope that can be reproduced on Thursday.”

“Former Austria international Peter Stoger has been with Koln for five years, taking the club up from the second tier and into fifth position last season - taking Koln into Europe for the first time in 25 years. This season, however, has been a struggle - Stoger’s side have yet to win in the Bundesliga, taking just two points from 12 matches.

“Stoger started the campaign with a 4-2-3-1 but has played more of a 4-4-2 in recent weeks. The two-man strikeforce offer pace and mobility, and Koln regularly look for the runs of hard-working Jhon Cordoba and Yuya Osako in the channels.”

THE BOSS… ON THE FEELGOOD FACTOR

“Of course it helps the atmosphere to win football games like the derby, because it lifts the confidence,” said Wenger. “To win big games is important as well.

“But that is already behind us. We are focused on Thursday. We just want to continue to win, we can make sure we finish top of the group, and that’s what we want to achieve now.
“Every game Arsenal plays is important and you want to win. As well, being top gives you an advantage in the draw for the rest of the competition.”