Arsene Wenger’s pre-match media work was done and dusted long before the news broke about his future.

So it was business as usual when the boss faced the media at the training ground on Thursday ahead of Sunday’s game against West Ham.

Wenger was asked about his future, but dropped no hints. And, in his exclusive interview with us, the boss instead focused on the teenagers who might follow in the footsteps of Eddie Nketiah, Reiss Nelson and Joe Willock and make their Premier League debuts in what remains of this season.

“Mavropanos as well, but at the moment he is injured, and Osei-Tutu, the right back. These are the players who are close and they need to be developed before we slowly give them a chance.”

You’re in the right place for a comprehensive pre-match briefing ahead of Sunday’s London derby. Watch some classic goals, get the latest team news and test your knowledge. 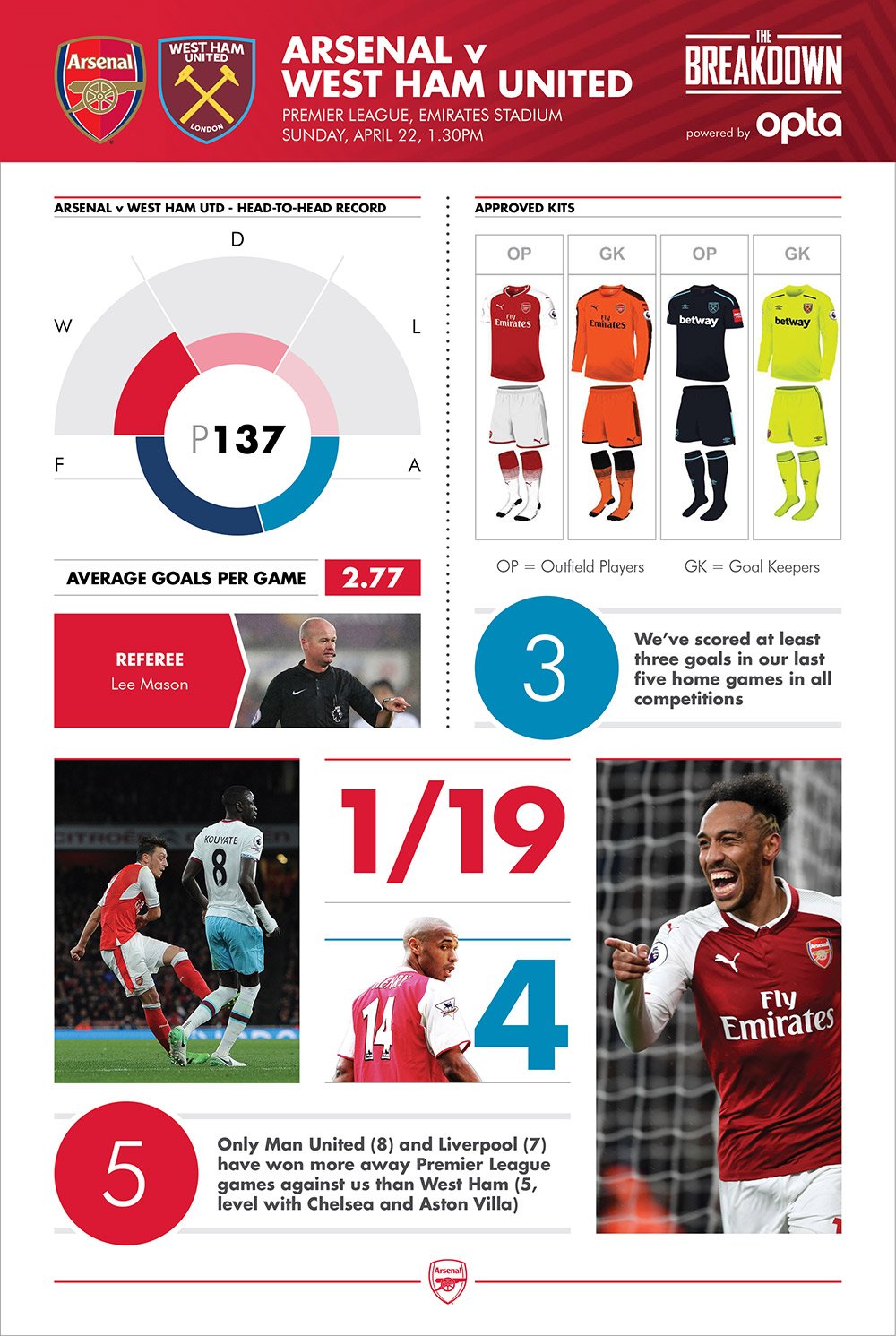 ONE TO WATCH… REISS NELSON

Reiss Nelson made his first Premier League start against Southampton and showed flashes of his best - but Wenger says that it takes time for new players to lose their inhibitions when they arrive in the first team.

“Reiss can dribble, pass people, take people on, he has a change of direction, good technique, good crossing technique, good finishing technique… it’s all there in the locker but part of quality in life is to produce when it’s needed. That’s why the big stage is so important.

“When I speak about being inhibited, it’s vital that the players turn up in these kinds of games and are not fazed by the pressure. They have to resist stress and still manage to express their talent. That’s what it is about.

“That’s why I want to put young players into games where they’re under pressure, where every movement is analysed and scrutinised. It is part of the learning process to become a football player.”

“A significant development for West Ham has been the use of Marko Arnautovic as a conventional centre forward. The Austrian had previously been deployed in a left-sided role, but he boasts the physique to lead the line, and makes some excellent runs into the channels to receive diagonal passes, while also offering a conventional penalty-box threat, scoring twice before half-time in the crucial 3-0 win over Southampton last month.

“That said, Arnautovic can endure lonely matches when West Ham spent the majority of the game on the back foot, and is often in need of a strike partner. In the 1-1 draw at Chelsea a fortnight ago, Moyes introduced Javier Hernandez midway through the second half, and it took just three minutes for Arnautovic to set up the Mexican for the equaliser. Previous scourge of Arsenal Andy Carroll is a Plan B in a very different sense to Hernandez, netting a last-minute equaliser against Stoke last Monday.”

THE FINAL WORD… ON GIVING YOUTH A CHANCE

“It’s very important for our football club to show the young players some faith and trust,” said the boss.

“As long as you don’t give them a chance - even if you say that you believe they’re a good player - as long as you don’t have the courage to put them on the pitch, they don’t really believe you. At the moment it’s a good opportunity to see how ready they are and for them as well to realise that it’s much harder than they imagined when they’re playing in youth-team games.