Spare a thought for Lukas Podolski ahead of this one. The former Arsenal and Cologne star cares so much for “the two clubs of his heart” that he’ll be up at 4am to watch the game on TV in Japan.

Arsenal fans across the globe have been doing that for years, of course, but they’ve never seen us in the rebranded Europa League. Our last match in the competition formerly known as the Uefa Cup was the 2000 final - and we lost that on penalties. The quest to go one better starts on Thursday night.

You’re in the right place for a comprehensive pre-match briefing - we’ve got some classic Poldi goals, team news, an exclusive chat with Arsene Wenger, match facts, graphics and a chance to test your knowledge. 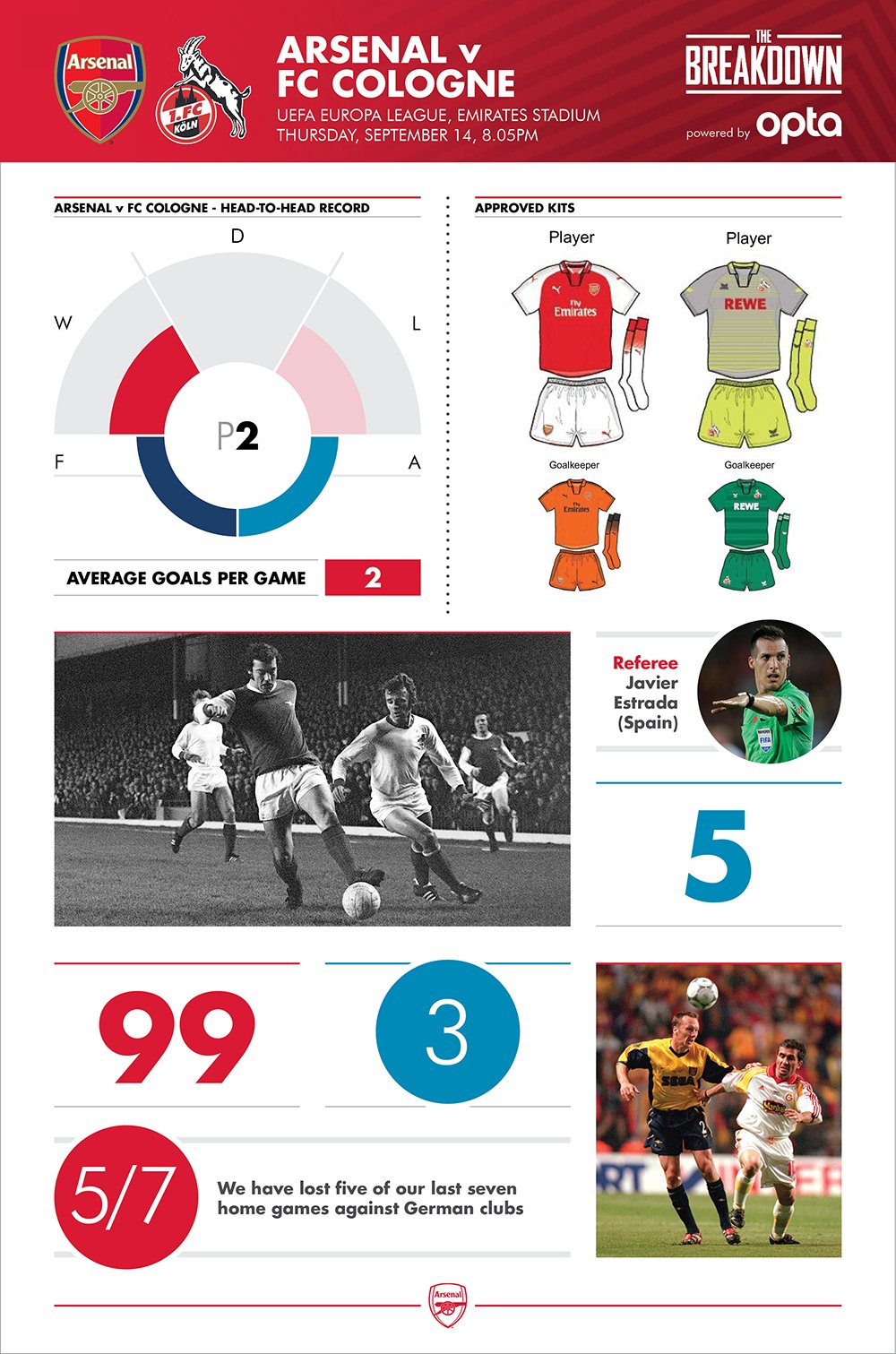 ONE TO WATCH: OLIVIER GIROUD

Wenger: “I don’t want Olivier to feel uneasy [because he’s sat next to me at this press conference], but I have said many times that his contribution has been huge. He has had a great evolution here and overall his contribution has been tremendous. He has shown I think a very loyal spirit and has a high respect from everybody inside the club, but as well from our fans.”

Tactical expert Michael Cox: "Cologne have a talented but inexperienced group of defenders who have conceded rather too many chances this season, particularly from low crosses played from wide positions. There’s also a doubt about Cologne’s defending at set-plays – their zonal marking system has appeared rather static so far this season.

"Jonas Hector is better known for his performances for the national team at left back, but here is deployed as an all-round central midfielder offering energy, creativity and a devilish left foot. He’s the man to stop."

Wenger on whether his ego is hurt by playing in the Europa League: “No. The disappointment for not finishing in the top four was there, of course, but unfortunately we were one point short. We made 75 points last year and overall I am humble enough to be happy enough to win every single competition [including the Europa League].

"Winning this is not our best chance of Champions League but it is one of the opportunities. The best way is through the Premier League. But this is a different competition and we want to win every competition we play in.”