Suddenly a season that started so uncertainly has acquired the consistency with which we have come to expect from an Arsene Wenger side. Five wins out of six - with a draw in the middle of that at Chelsea - has changed the narrative and imbued the Arsenal squad with a degree of confidence.

Our win in Belarus saw Theo Walcott score twice and Olivier Giroud claim the 100th goal of his Arsenal career, and both will be vying to start alongside the red-hot Alexandre Lacazette this Sunday in our Arsenal for Everyone matchday against Brighton.

Read on for a comprehensive pre-match briefing: we’ve got classic goals against the Seagulls, team news, an exclusive chat with Arsene Wenger, match facts, graphics and a chance to test your knowledge. 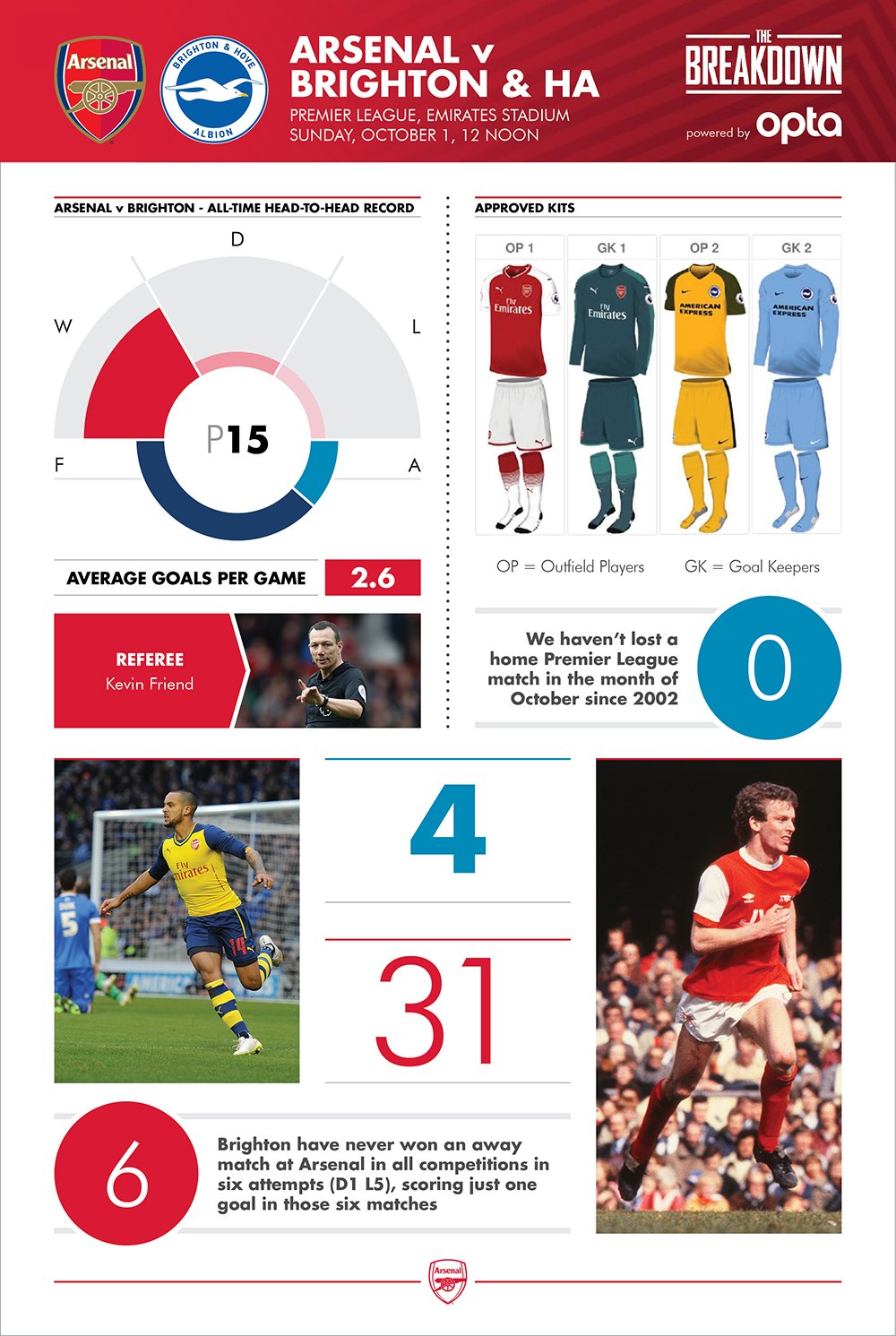 So proud to have scored 💯 goals for my club! Hope to score lots more! 🙏🏼 #wearearsenal

"I am pleased for him because it’s a remarkable achievement. Oliver Giroud has a fantastic reputation that is well-deserved and we are all pleased for him inside the club that he has done that. I would like to take the opportunity to congratulate him on something special. We have all played football, but to score 100 goals you need to be a bit special."

“Brighton’s attacking play flows entirely through their wingers. Out wide, Anthony Knockaert was their star performer last season, winning the Championship Player of the Year award and bagging 15 goals. An excellent all-round attacking midfielder capable of dribbling, crossing and shooting from range, on paper he’ll be Brighton’s main counter-attacking threat. On the opposite flank, Solly March has arguably been brighter so far this season, heading in the opener at Bournemouth two weeks ago. He’s also a good dribbler, and another suited to a counter-attacking style.”

Wenger on how the Premier League is shaping up…

"It looks like it [is taking shape now]. I know some teams have had a very quick start and we are in a position where we want to take advantage of our good moment and want to capitalise at home. We’ve been strong and it’s important we stay strong. Overall, I am convince that the team will be well-focused on Sunday."