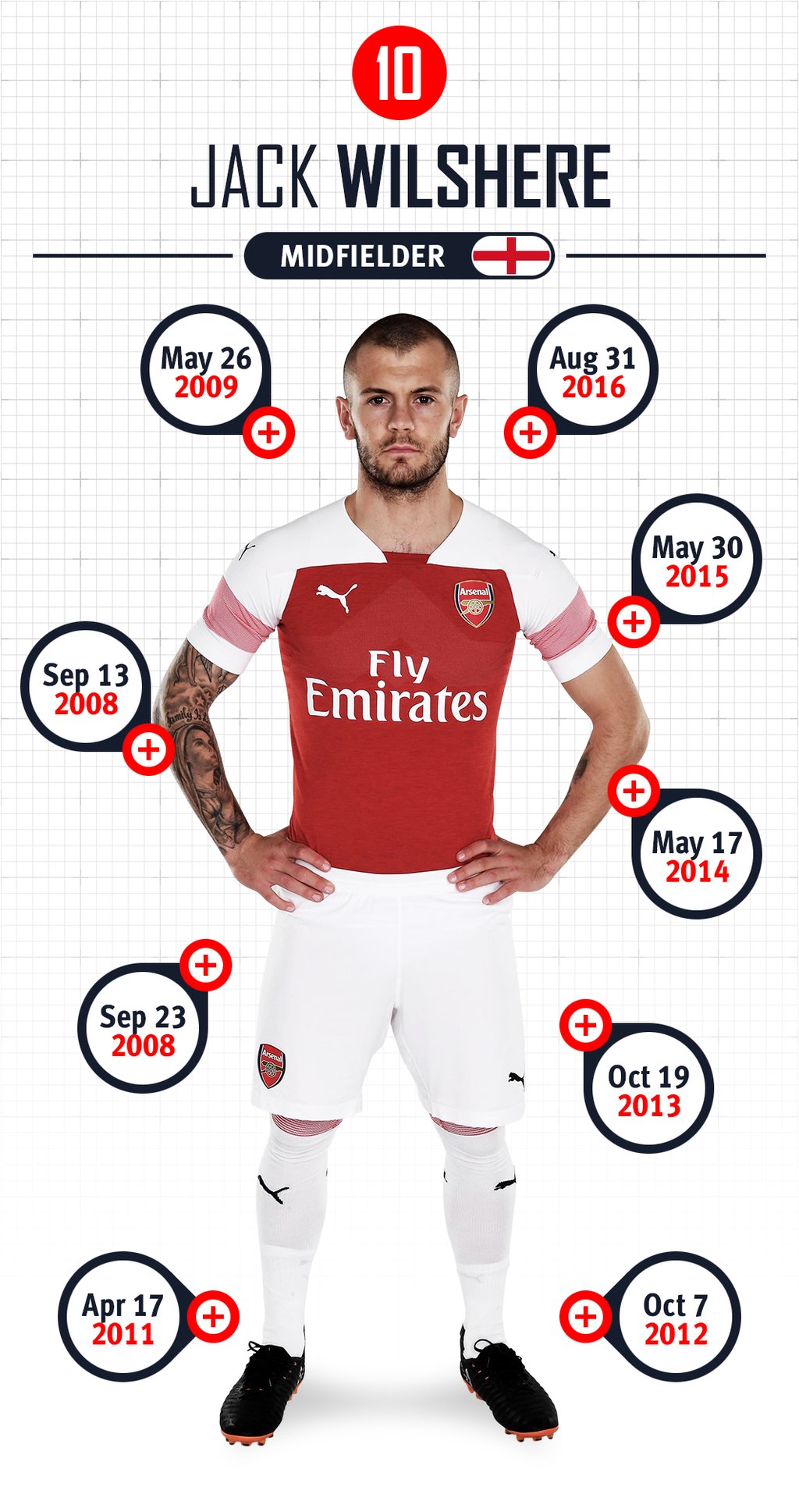 Jack joined the club at the age of nine and made his first-team debut aged just 16 and 256 days, in a Premier League win over Blackburn Rovers, making him our youngest-ever league player.