Arsenal legend Ray Parlour visited one of the most disadvantaged slum communities in North Jakarta, Indonesia, to meet children involved in our new football programme.

Built by The Arsenal Foundation and global charity partner Save the Children, the programme uses football as a way to empower children.

It gives vulnerable children a safe space to play, helps to build confidence and encourages teamwork among those taking part.
As part of his visit, Ray played football with the children and joined training sessions run by Arsenal Soccer School coach Drew Tyler.
Speaking about his visit, Ray said: "Football has been such a huge part of my life and given me so many opportunities. Seeing football used like this to make a difference to children’s lives is amazing.
"I met a young boy called Dhani who lives on a bench at the edge of a rubbish dump. He had to drop out of school to work and support his family because his dad is blind. Seeing how he lives and hearing his story has been tough.

"He faces so many daily struggles but football is giving him back a bit of his childhood and putting a smile on his face. I’m proud The Arsenal Foundation and Save the Children are getting involved here. We’re using the Arsenal name to give children a better future. It’s brilliant.”

Talking about the football programme, Dhani said: “It feels like a dream come true, now I am part of the team. I love playing football. I want to be a good player, the best I can be, to make my family and friends happy.”
Fajar Jasmin, from Save the Children’s implementing partner Yayasan Sayangi Tunas Cilik in Indonesia, said: “North Jakarta is home to more than 1.6 million people and has a high concentration of urban slums. Many children from this region live in extreme poverty and face social exclusion on a daily basis.

They are forced to live in unstable conditions and encounter issues such as exploitation, neglect and lack of public spaces. The football programme is giving children a safe place to play, where they can learn teamwork and be educated and empowered about their rights. The football programme gives these children hope for a better future.”
The football programme was funded by last season’s Arsenal’s charity ball ‘A Night to Inspire’.
Thanks to funds raised from the Arsenal Legends game in 2016, which Ray took part in, The Arsenal Foundation and Save the Children are also working together to build pitches and run similar programmes for vulnerable children in Somalia and Jordan.
To learn more about The Arsenal Foundation and make a donation please visit arsenal.com/arsenalfoundation 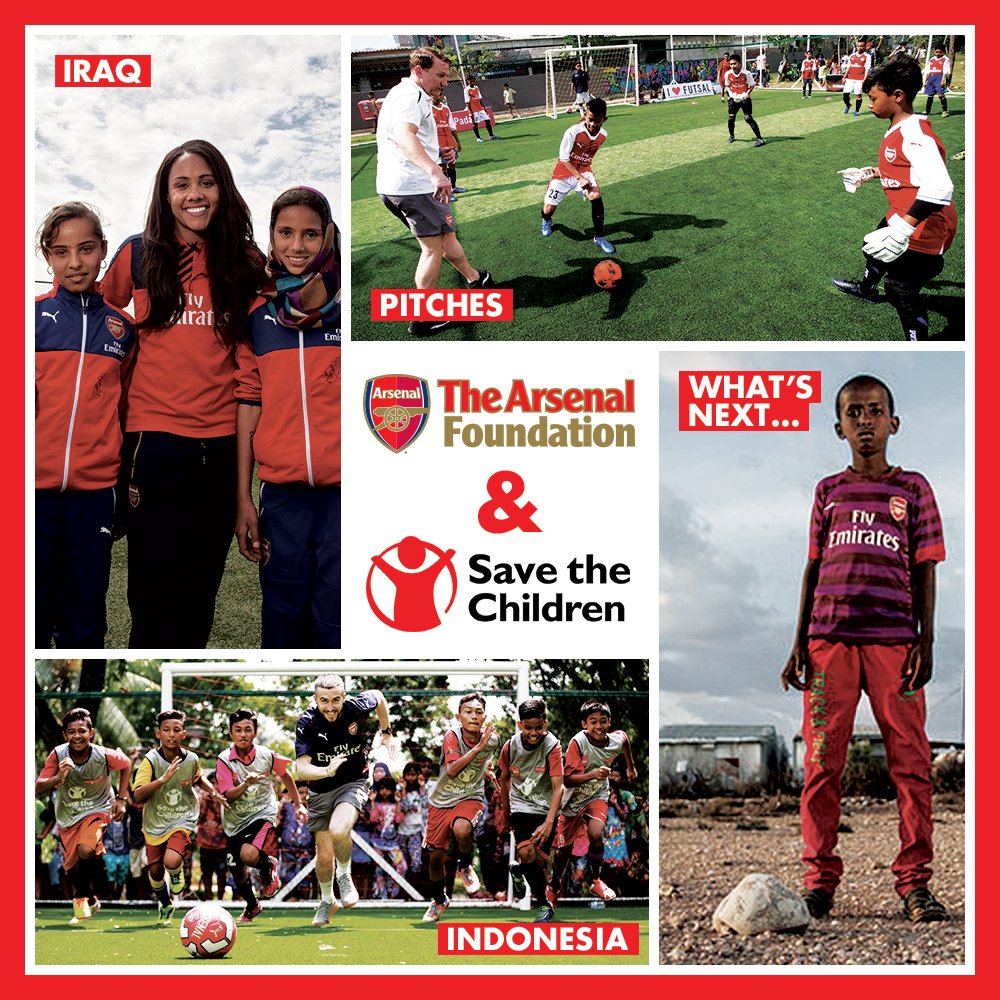