To give some context to the scale of Arsene Wenger’s reign in England, it is informative to rewind 810 games back to October 1996 when the Frenchman was just about to take charge of his first Premier League match, away at Blackburn.

The new Arsenal manager had arrived in England just a few months after the Spice Girls had released their first single, the Prince and Princess of Wales had completed their divorce and Alan Shearer had become the most expensive footballer in the world after signing for Newcastle for £15 million.

Wenger would of course win that first game, at Ewood Park, and has since taken charge of a further 809 top-flight games, equalling the record of his old adversary Sir Alex Ferguson. In that 21-year period he has picked up three Premier League titles and seven FA Cups - and while the achievement of hitting a record 811 Premier League games as manager on Sunday will not mean as much as them, he should feel a large degree of pride.

It is a remarkable achievement, and to find out how the man we call ‘the boss’ feels about it - and the game at West Brom - read on for a comprehensive pre-match briefing. We’ve got classic goals against West Brom, team news, an exclusive chat with the manager, match facts, graphics and a chance to have your say. 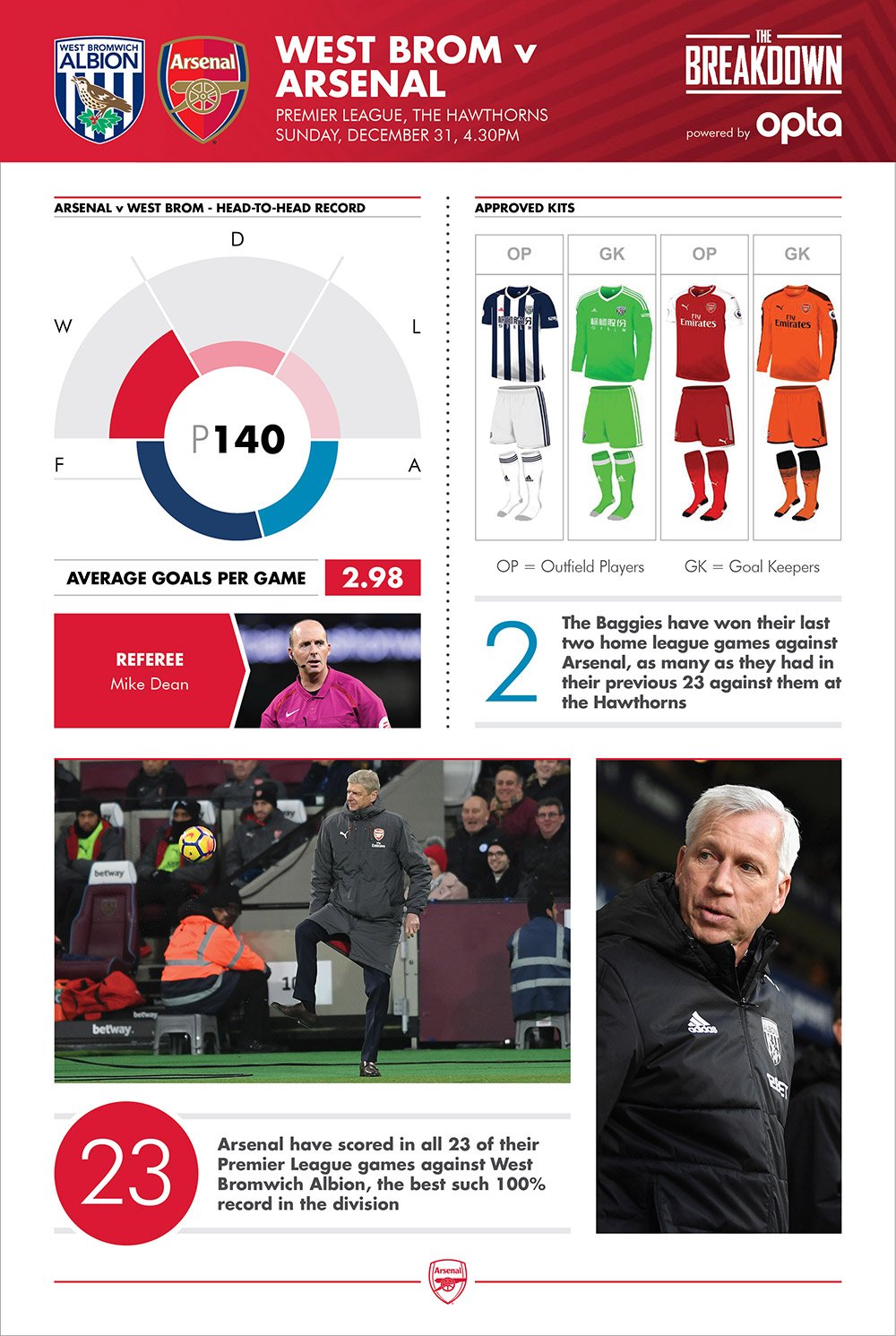 WHERE IT ALL BEGAN

“Of course I was excited. I came back from Japan and was happy to have a chance in England because I always wanted to manage here. I didn’t know how well I would be accepted by the players. It’s difficult to put that into context because they were basically all over 30.

"Nine of the players were over 30, Dennis Bergkamp and Paul Merson were 29, but all the others were 30, 31 or 32. They were strong men who had an English spirit, and lots of players had strong personalities. You never know what kind of resistance you’ll get there for change.”

“West Brom can drop rather too deep without possession, allowing space in deeper positions. Arsenal’s defenders and defensive midfielders might be allowed time to play dangerous balls into the final third.”

Wenger on the legacy he would like to leave …

“That I had a positive influence on the club’s life, that I worked in accordance to the values that were important to me and important to the club, that I respected that and I worked with complete commitment and integrity. That’s basically it. Also that the club didn’t suffer on a major setback during my period, but moved forward.”