We're delighted to announce that three of our first-team stars have committed their futures to the club by signing new long-term contracts.

Francis Coquelin, Olivier Giroud and Laurent Koscielny have all extended their stays in north London by agreeing new deals.

Francis has become a key figure in our midfield in recent seasons and has now made 131 senior appearances for the club.

Olivier was our top scorer in 2015/16 with 24 goals in all competitions, before helping France reach the final of Euro 2016 last summer. He has continued his fine form this season with nine goals so far.

Fellow France international Laurent has established himself as one of Europe's finest defenders since his arrival in 2010. He has made 273 appearances and netted 22 times - including decisive goals on the final day of the 2011/12 and 2012/13 seasons to secure Champions League qualification, and the equaliser against Hull City in the 2014 FA Cup final.

Arsène Wenger said: “We are very pleased that three important members of our team have committed to us for the long term. Francis has made tremendous technical strides over the past few years because he’s so focused every day.

"Olivier has big experience in the game now and has become a more and more complete player since joining us. Laurent is of course a key part of our squad and I believe one of the best defenders in the world today. So overall, this is great news for us.”

We would like to congratulate Francis, Olivier and Laurent on their new contracts. 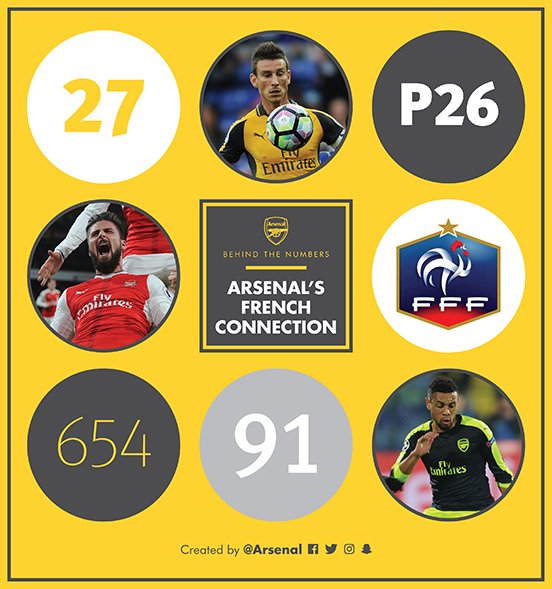