The stats make for daunting reading ahead of our trip to the Etihad to take on Manchester City this Sunday.

The hosts have played 10 Premier League games, won nine, scored 35 goals and conceded just six. On top of that, they have scored 20 goals in their last four home matches, a record that is more than 18 of the 19 clubs in the division have managed in total so far this term.

Many have already anointed Pep Guardiola’s side as champions-elect, even at this early stage, but Arsene Wenger remains confident his side can spring a surprise on the Citizens this weekend. His side must be “prepared to take a risk” he says, and the prospect of two attacking sides going toe-to-toe remains an enticing one.

Read on for a comprehensive pre-match briefing: we’ve got classic goals against Manchester City, team news, an exclusive chat with Arsene Wenger, match facts, graphics and a chance to have your say. 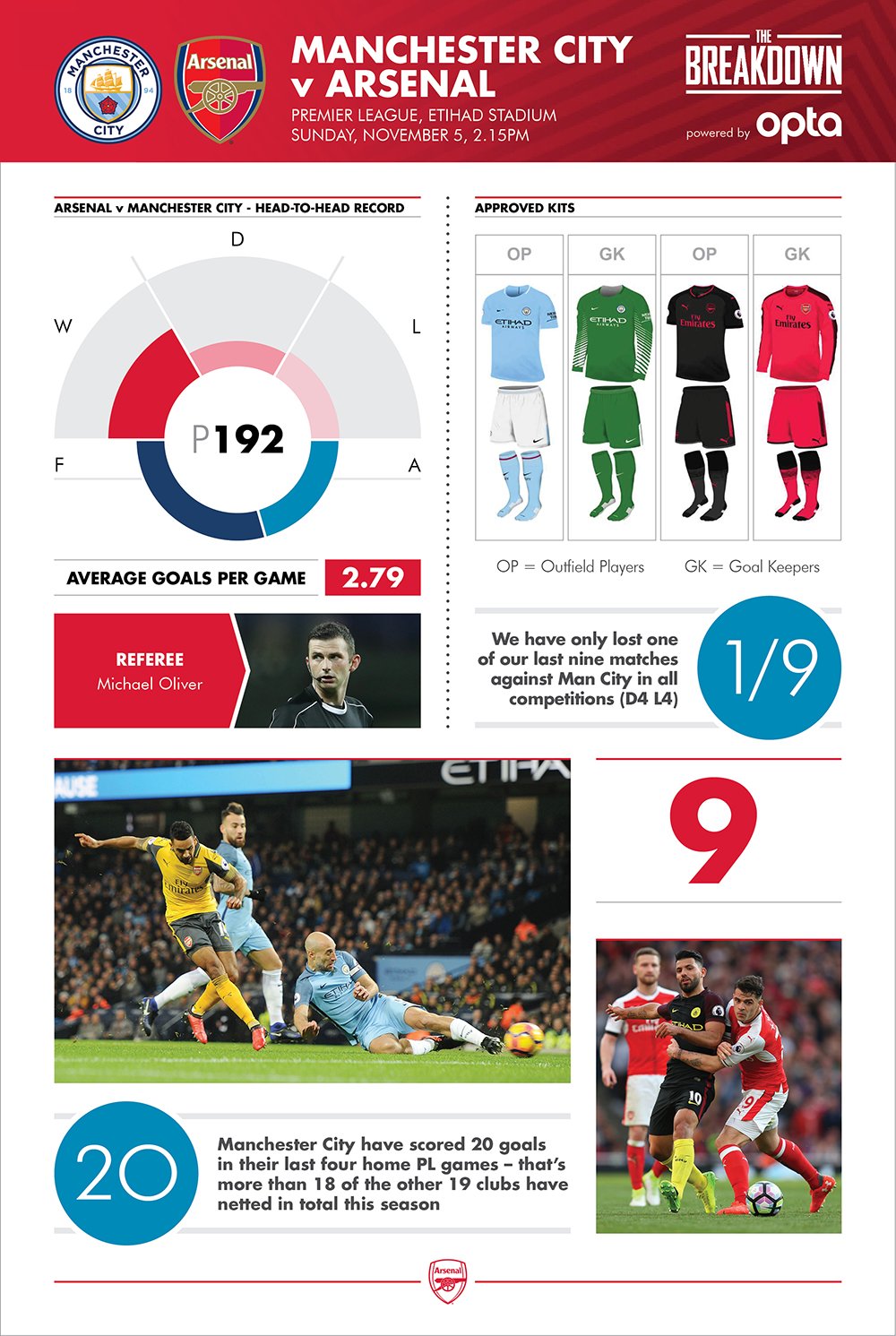 AHEAD OF THE PACK

Wenger on headers accounting for 32 per cent of our goals…

“Yes, we focus on it. Touch wood, we want to keep our record good. We have had a good defensive record on set-pieces too over the past five years.

"We have focused more on it and it’s more needed as well in the modern game because teams regroup quicker, you face more teams who are completely back in their half and maybe that’s why set-pieces suddenly become more important.

"We play against Manchester City on Sunday and they’ve just won at Napoli, but they scored from two corners and two counter-attacks.”

"I still don’t really rate Otamendi and Stones as a partnership, so if we can get the ball up to Lacazette and Alexis, I think we can score goals. It’s how much of the ball we get in the final third, that’s the question.”

“It’s a good level to find between urgency, respect and desire to win the game. The desire to impose yourself.

"That’s why it’s very important for us and one of the worries of a manager before a game like that is how to respect the opponent without making him bigger than he is. You have to make sure your team performs at its best.”