Arsene Wenger admits there’s been “a question mark” over our form this season - especially away from home - but he thinks last weekend’s performance at Chelsea was the perfect answer.

Determination, fight, discipline, balance and team shape all got a mention when the boss reflected on that draw at Stamford Bridge, and it seems that the team has stabilised after a rocky start to the campaign.

Next up are West Bromwich Albion and you’re in the right place for a comprehensive pre-match briefing. We’ve got classic goals against the Baggies, team news, an exclusive chat with Arsene Wenger, match facts, graphics and a chance to test your knowledge. 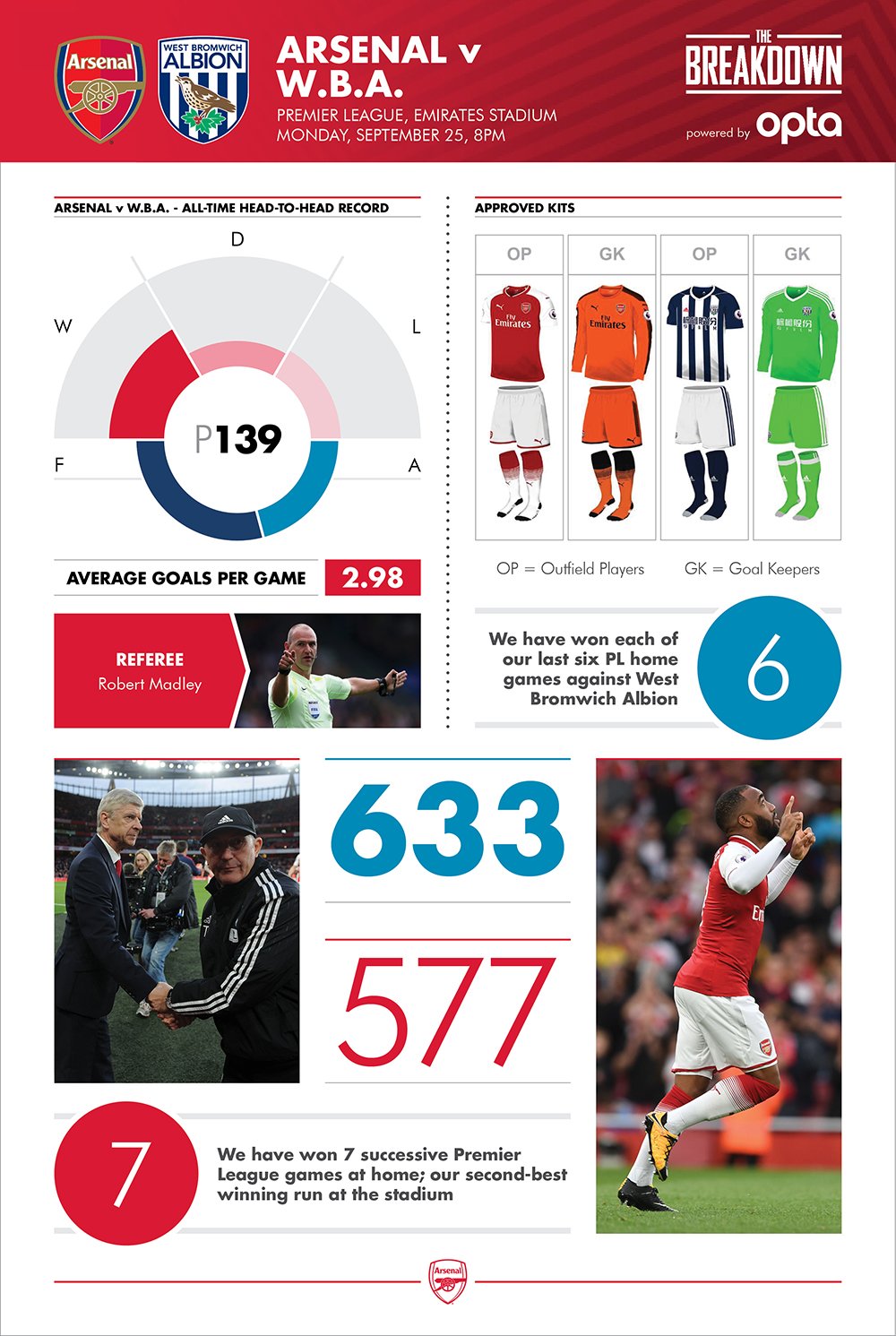 Wenger on why he’s been picking Iwobi in the big games:

"We expect him to be more efficient in the final third offensively, because you feel there are goals in there and assists too. They have to come out. Add that to the fact that he allows the team to play very well and he will be a top-class player.”

"They’re not going to score a load of goals, that much is obvious. I like Rodriguez up front. I think he gives them something different that they haven’t had in recent years. Phillips is really good creator down the right-hand side, a very powerful winger.

"They’ve got good players like Krychowiak as well who’s just come in at central midfield. They’ve got decent talent, but Tony Pulis is not an attacking coach. When he sends his team out, it’s primarily with a clean-sheet mentality. That’s what they’re about. He’s got a very solid defence with three centre halves in there, Gareth Barry in front of the back four. That was a really astute signing. He’ll break Ryan Giggs’ appearance record if he features against Arsenal. A little bit of history may be made."

Wenger on chopping and changing his front three, and the factors he considers before selecting his team: