Liverpool on a Friday? It brings back some good memories.

May 26, 1989 is the obvious one - the night Mickey Thomas charged through the midfield to snatch the title at Anfield. And in April 2004 a Good Friday became a very good Friday when Thierry Henry hit a hat-trick to keep our Invincibles campaign on track.

There won’t be a title at stake this Friday - let alone an unbeaten season - but a win for either side would take them into Christmas in pole position for a place in next season’s Champions League.

You’re in the right place for a comprehensive pre-match briefing. Watch some classic goals, hear from the boss, get the latest team news and test your knowledge. 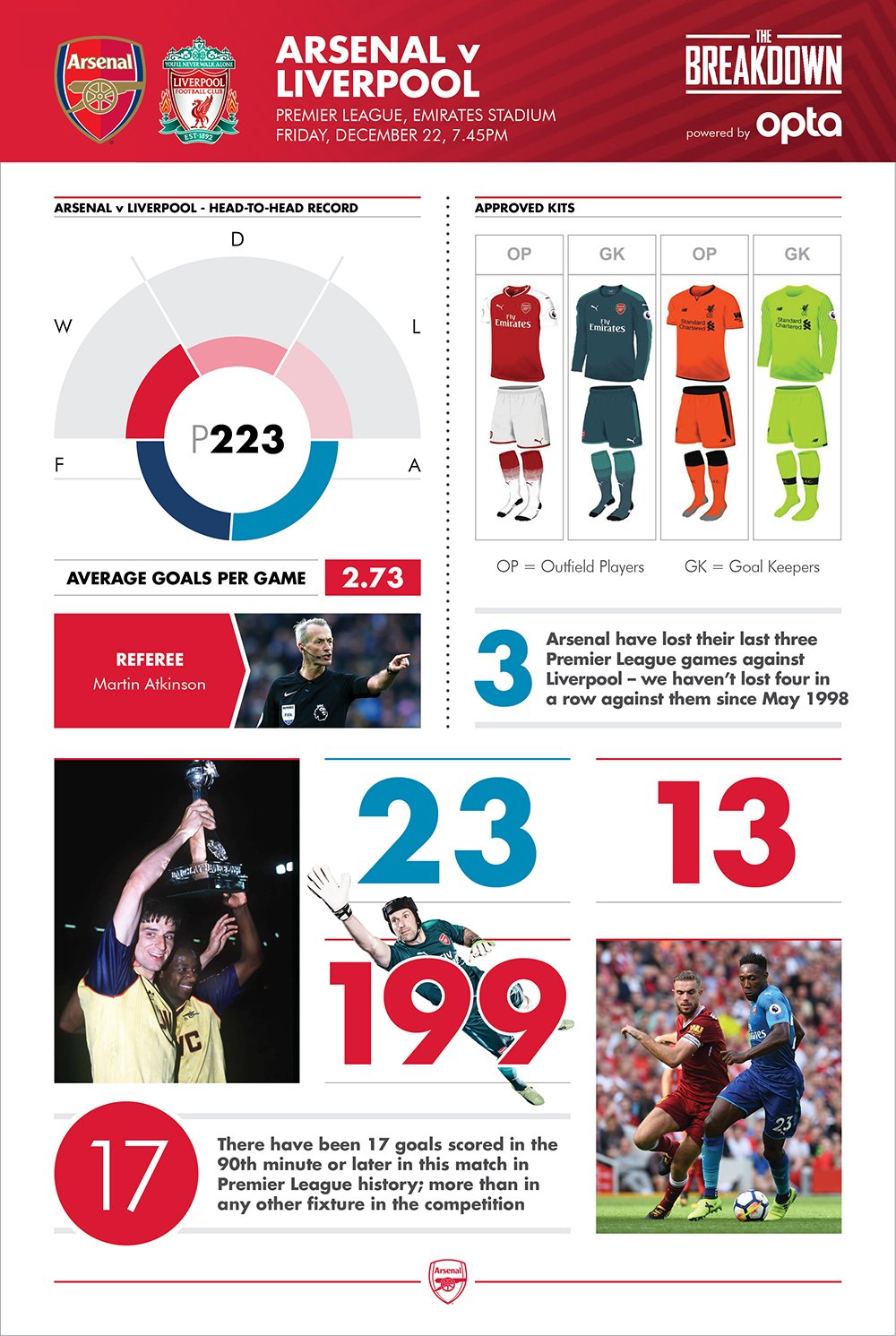 BACK THREE OR BACK FOUR?

The boss has yet to decide whether he’ll stick with a back four or revert to a back three with wing-backs against one of the Premier League’s most dangerous counter-attacking sides.

“I have no problem with [playing a back four],” he said. “Overall I think that let’s touch wood and focus on everybody defending well, then play with four or five. The good thing is that we are adaptable now and we can play in those systems, we just have to make the right decision on the night.”

“Liverpool have a fine record against good opposition, and are comfortable when teams try to take the game to them – but have found it much more difficult to break down deep defences, in part because of their reliance upon speed.

“Mohamed Salah is surely the signing of the season, topping the Premier League’s goalscoring charts with 14, although his arrival strengthened Liverpool’s existing strengths rather than addressing weaknesses. The same questions persist, about the lack of a clinical penalty box poacher, and the tendency to concede cheap goals.”

“It’s been a year where we had an exceptional win in the FA Cup,” said the boss. “I feel that there are plenty of things in the side and the squad that are very positive and hopefully when we go into 2018 we can win trophies again.

“We have won the Community Shield, we have won the FA Cup but we have not qualified for the Champions League for the first time in 20 years. So we want to come back, qualify again and continue to win trophies.”