Having come through one major battle at the weekend, Arsene Wenger is clearly expecting another when Huddersfield arrive in north London if his pre-match rhetoric is anything to go by.

Twice the Arsenal manager talked of his respect at how the Terriers had shown “fight” to come through the “hell” of the Championship and take their place in the top flight. His admiration for the newcomers’ adaption to Premier League football has only increased since he watched back the tape of their narrow defeat to Manchester City on Sunday.

When asked whether he would rotate for this game ahead of a hectic Christmas schedule, Wenger firmly shook his head. He knows how tough this match will be, and how tough the next six weeks will be. Points on the board are what counts and he is not taking any chances against the tenacious Terriers.

Read on for a comprehensive pre-match briefing: we’ve got team news, an exclusive chat with Arsene Wenger, match facts, graphics and a chance to have your say. 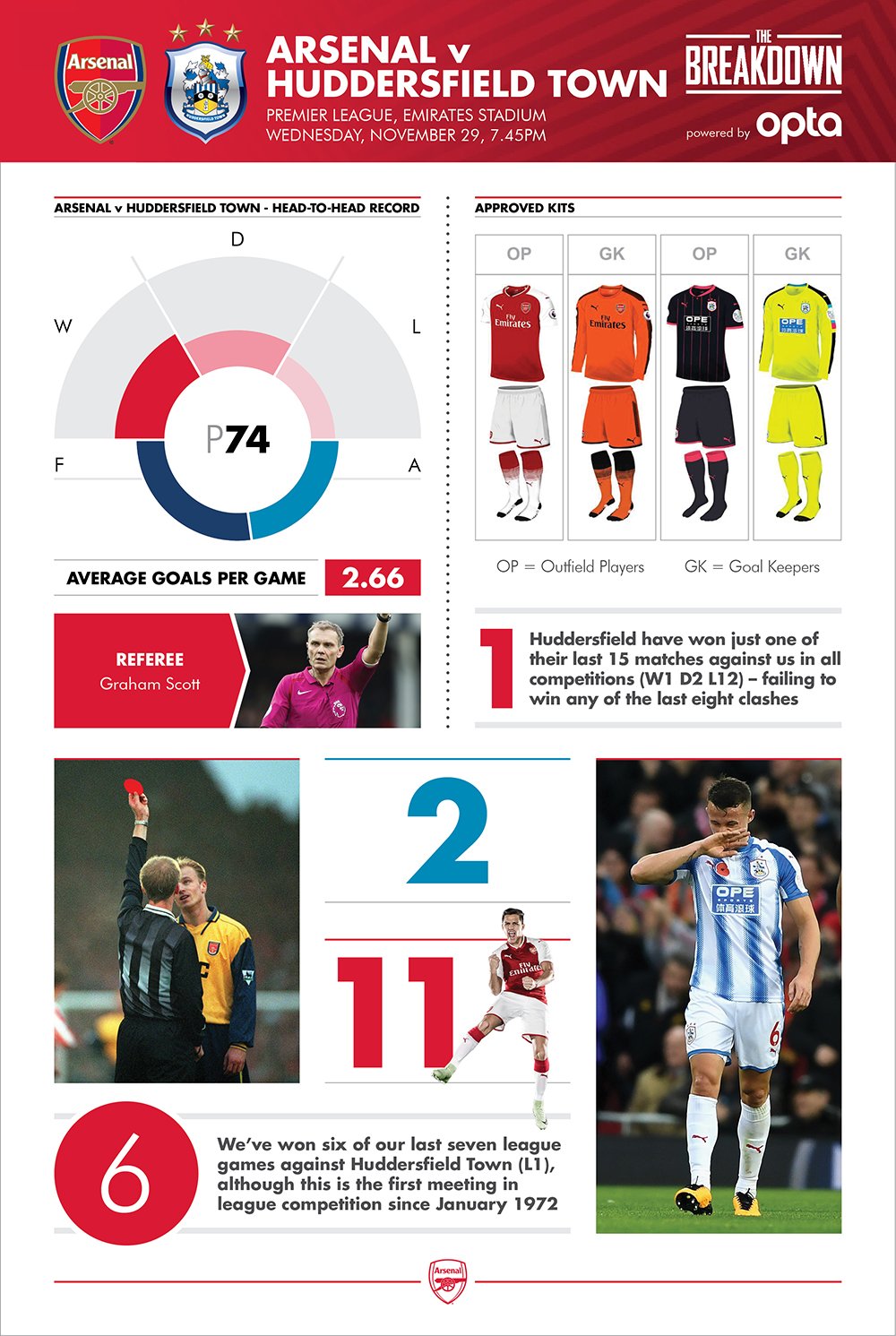 “He is an excellent player and very important for us. Let’s hope he can continue that run because he is a guy who drives the team forward in a relentless way. He can go from the first to the last minute and has the engine to do both sides of the game and that is what we want. He can defend well and attack well, he can go in the box and that is why he got the penalty on Sunday because he was in the situation where he could provoke that.”

“Away from home, they’ve not scored many goals since their opening-day win at Crystal Palace, which was phenomenal. Since then they’ve not been brilliant on their travels, so they have tailed off to some degree.

"But I thought they were really good against Manchester City, with a good gameplan. They sat ever so deep, and frustrated Manchester City by limiting them to not many shots on target. They might come to Emirates Stadium and try to replicate that.”

Midweek game, lets get on it! #training #COYG #AFCvHTFC https://t.co/HTF1GEftfR

Wenger on a tough schedule over the coming months…

“We play Thursday-Sunday, Wednesday-Saturday. It’s a bit difficult to absorb, but whether I talk about it or not it doesn’t change anything. Every year we have that little disadvantage. So I choose not to talk about it anymore and focus only on our next game. We don’t want to sell it as a disadvantage. I think we’re equipped as a squad to deal with it. We are prepared.”