With a seething sense of injustice still evident among the Arsenal squad following that controversial late penalty at West Brom on New Year’s Eve, Arsene Wenger should need little to motivate his players ahead Wednesday’s clash with Chelsea.

Throw in the fact that it is a London derby, offering the chance to make up precious ground on a top-four rival, in the first match of 2018, and it is clear that this game is bigger than most. And , as the manager himself says, his side are “under pressure to deliver” against opponents that are in fine form.

Indeed, the Blues have only lost once since the end of October, winning 10 of their 14 matches as they have hit top gear - although we should be encouraged by our recent record against them. In the corresponding fixture last season, we won 3-0 after a first-half blitz, while we have since beaten them twice at Wembley - in the Emirates FA Cup final and the Community Shield.

Last time out we were arguably the better side for long periods, but were held to a goalless draw at Stamford Bridge. This time, a draw would be satisfactory for neither side - and we must use Sunday’s frustration to blow the Blues away.

Read on for a comprehensive pre-match briefing. We’ve got classic goals against Chelsea, team news, an exclusive chat with the manager, match facts, graphics and a chance to have your say. 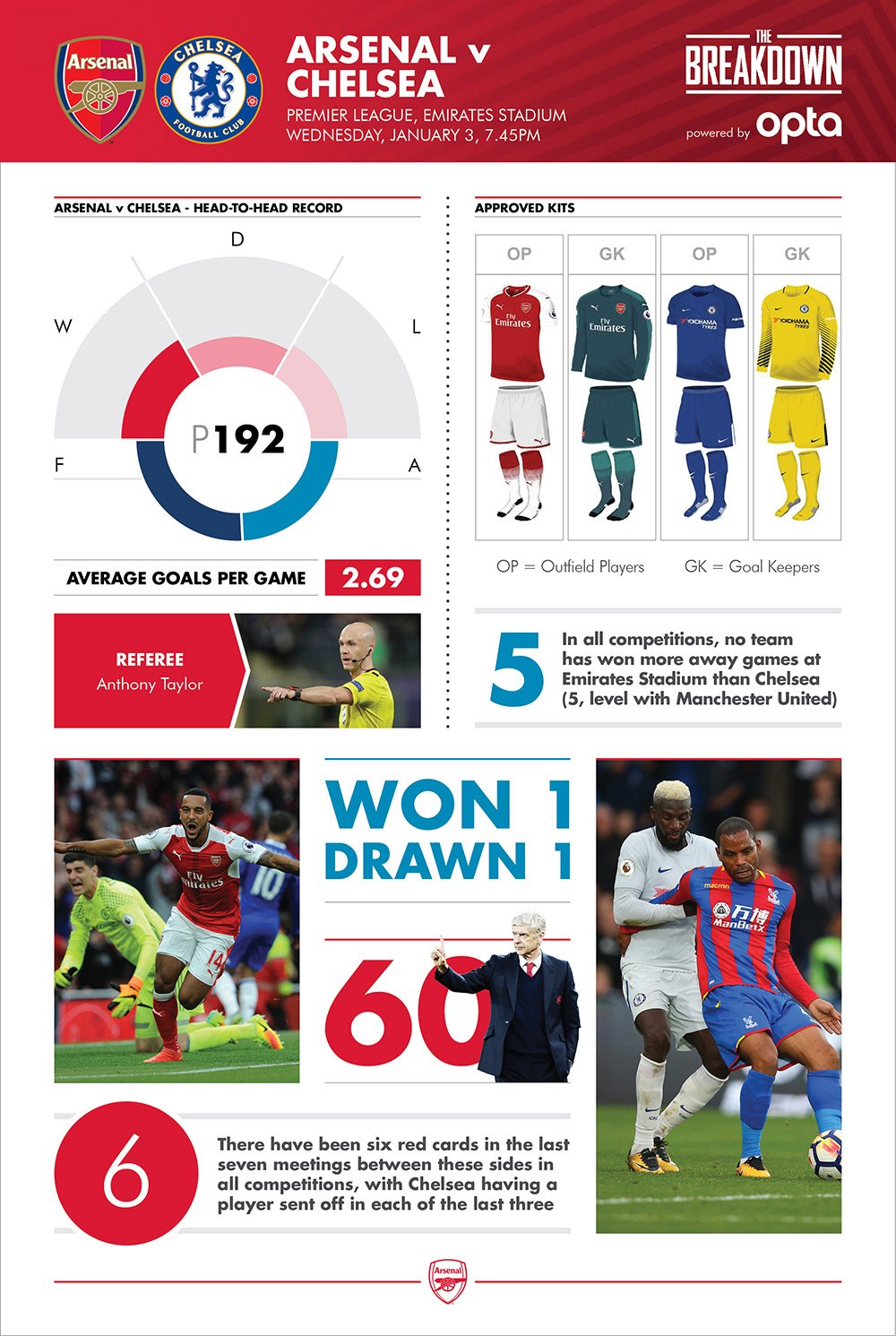 THREE OR FOUR AT THE BACK?

“In a 3-4-3 system, Antonio Conte prefers Eden Hazard drifting inside from the left and Pedro running in behind from the right. But in the 3-5-2 Pedro is sacrificed, with Hazard taking up his favoured central position. The Belgian is even more unpredictable in this role – he can come short or sprint in behind, and is excellent at combining with Alvaro Morata on the break.”

Wenger on the improvements he wants to see in 2018…

“To win all the games - that always has to be the target. You want to go in the season with a big ambition, get the team to push itself very hard. We’re in a battle where every point is massively important. That’s why we were so frustrated after the West Brom game. You need to have the ambition to win every game.”

#ARSLIV: Get the matchday programme

📸 The boys train ahead of Liverpool