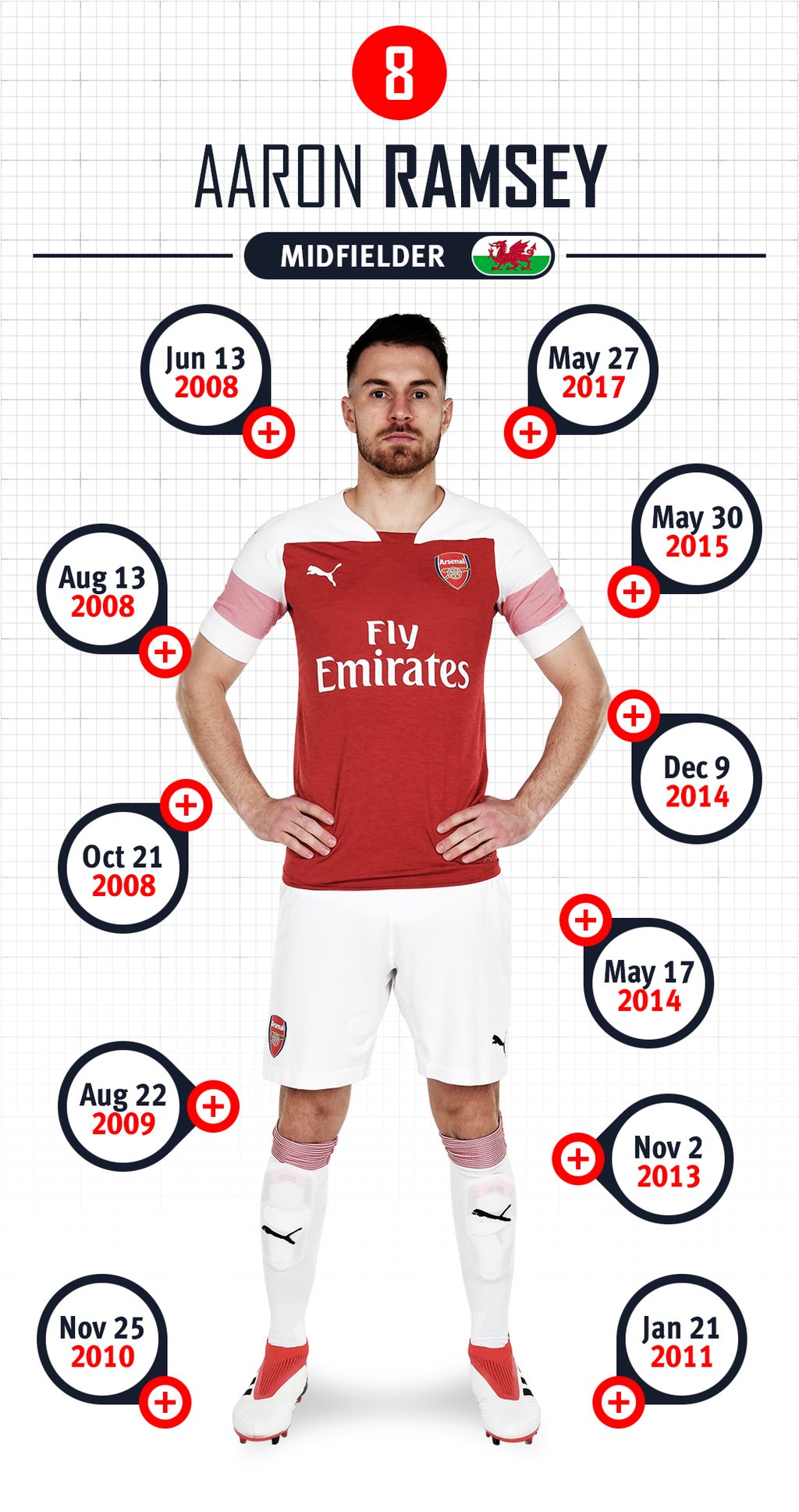 The Caerphilly-born midfielder joined us from hometown side Cardiff City in 2008 - he remains their youngest-ever player - and made his Arsenal debut aged 17. He has lifted the Emirates FA Cup three times with us - and scored the winning goal in the 2014 and 2017 finals.